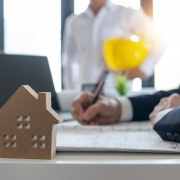 Amid the news that buy-to let is now 25 years old, it appears that the number of buy-to-let products on the market is higher today than the number available in March 2020 according to Moneyfacts.

In the 1990s when house prices were low, homeowners were reluctant to sell and instead turned to renting out their properties and essentially becoming an accidental landlord. At the time mortgage agreements prevented them letting their property and so ARLA worked with a small number of lenders to develop buy-to-let mortgages to support the private rented sector.

When prices went up, these accidental landlords sold their homes creating a void for tenants and more buy-to-let mortgages were made available.

According to Moneyfacts, the number of buy-to-let product options has risen above pre-pandemic levels. The number is currently higher today than available in March 2020 – 2,968 today compared to 2,897 before the pandemic. This is also the largest number recorded since October 2007 when there were 3,350 products available to landlords.

However, whilst the number of products is increasing, lenders are less likely to provide products to those with a low level of equity in their property. In March 2020 there were 32 products at 85% LTV, today there are 19. In addition, for this type of mortgage, the two-year fixed rate has increased from 4.7% to 5.61%. 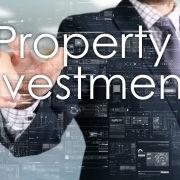 The latest figures from HM Land Registry show that the average UK property value was 8% higher in the year to June to £255,535 – but a 3.7% monthly drop.

Is this a sign that house prices are stabilising or starting to fall?

This is the first sign of a house price decline in over 18 months, but it’s important to note that property values have been rising at a record pace for a sustained period of time, so this stabilisation is inevitable. With mortgage affordability remaining at record lows, the housing market will continue its buoyancy well into autumn and beyond.

This slight readjustment in the market, which has been fuelled by a partial slowdown in activity in some parts of the country, is not unexpected but with an uneven balance between demand and supply in many regions, demand will continue for the rest of the year especially as desperate buyers who want to get in the market as soon as possible will be willing to pay more to outbid other buyers.

Since the property market opened at the end of last year in June, no one could have predicted the rise in house prices that we have seen across nearly every region in the UK – with some of the highest price rises and selling times in Scottish regions.

The pandemic resulted a re-evaluation of buyers’ priorities towards more space to accommodate the new normal of home working. There was a move away from city centres in favour of rural areas with access to a garden or local parks. This, combined with pent-up demand during lockdown, a stamp duty holiday, and the re-introduction of high LTV mortgages and low borrowing rates, resulted in one of the busiest periods we have seen in the housing market.

We have seen a strong annual rate of growth with no real let-up in demand. Stock in scarce and this has pushed up property prices.
The autumn is traditionally one of the busiest times of the year and we could also see a return of overseas buyers as the travel industry opens up once more.

If you are considering purchasing an investment property in Glasgow, there are still some great options especially with rental demand high and apartments still relatively affordable compared to three and four bedroom family homes.

If you want to find out about rental values and locations – talk to us at Newton Letting. 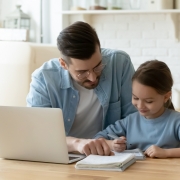 A new study has revealed what Britain’s dream home looks like. Rightmove has carried out research to reveal what the nation’s favourite home would be, with practical rooms taking over luxuries such as gyms and swimming pools – with home offices, utility rooms and garages top of people’s wish list.

The pandemic resulted in an increase in demand for larger detached family homes in more rural settings. A cottage by the sea was the second most popular property type after a detached home. Two living rooms were the most popular request – one for guests and one for every day. In addition, a garage and garden were in high demand, with a garage used for either an additional room or storage space rather than somewhere to park the car.

A utility room was a must-have rather than walk-in wardrobe, gym or swimming pool showing that people have practical rather than luxurious requirements.

Working from home as a result of the pandemic has meant that people have a home office on their wish list and so require an extra room, whereas a conservatory is only popular among those aged 65 and over with this age group also desiring a bungalow rather than a large detached home.

The youngest age group of 18-24 of those surveyed wanted a dining room to entertain friends and in the next age group (24-44) a third bathroom was the most desirable feature.

Surprisingly, Tesco has overtaken Waitrose as the most popular supermarket to live close to – although there were regional variations with more people in the south wanting to be close to a Waitrose and Sainsbury’s in the North.

When it comes to property listings on Rightmove, Tesco is the supermarket that is mentioned most by estate agents in listings, followed by Waitrose.

The most popular establishment to be near to the home was the humble pub followed by a local corner shop, coffee shop and a local market. Bakeries and restaurants were next on the national list, with local greengrocers and butchers being more popular than a local takeaway given the popularity of delivery companies such as Just Eat and Deliveroo.

The pandemic has resulted in a real shift in what people want from their homes – if you’re considering moving, talk to us at Newton Letting and register for property alerts. 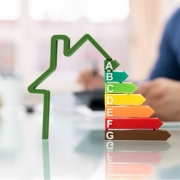 According to the latest survey from Direct Line, energy efficiency is hot topic for renters. In fact, 80% of potential renters responded that they would ask their landlord what measures they have implemented to improve the energy efficiency of a property before moving in.

In fact, 75% of respondents said that energy efficiency is important to them, and 60% felt that landlords aren’t taking the issue seriously enough.

A small number of people reported that they would take a hard-line approach with 25% going so far as turning down a property or even moving out if the energy efficiency wasn’t up to scratch.

The survey also questioned landlords. It found that 83% of landlords have made positive changes to their properties and 73% believed that they had a good understanding of the importance of energy efficiency in appealing to renters. Landlords reported that they had made improvements to the property out of their own concerns for the environment (39%). The most popular change that landlords have made is to improve the lighting and appliances within their property (48%) while 33% added new insulation and 22% installed a smart meter.

The survey is encouraging to both renters and landlords, demonstrating that there is a rising number of people who understand the importance of energy efficiency, ensuring that homes are both sustainable and affordable to run.

It appears that a high number of UK landlords are taking positive action to make sure their property is greener, and that tenants’ costs can be kept to a minimum.

If you are making improvements to your property – check you have the appropriate insurance to reflect these changes. 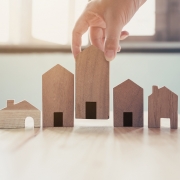 According to recent research, the average buy-to-let property gained £15,000 in value during the pandemic with Scotland seeing some of the biggest price rises. The typical value of a rental property went up by 6% from March 2020 to March 2021, but in Scotland this figure was 11%. It’s believed that these increases are a result of people moving out of cities in search of more space.

Across the UK, the value of the private rented sector has grown 5.8% to £1.4trillion due to the housing market boom we have seen over the last 18 months. Although the value of the buy-to-let sector went up, the number of available properties for sale fell.

Mortgage lender Shawbrook Bank carried out research into the effect the pandemic on UK landlords. Scotland, along with the North West of England and Wales, saw the most dramatic increases. Scotland was highest at 11%, North West 10.7% and Wales 9.5%.

In addition, according to the latest Nationwide index, residential house prices jumped by 10.5% in the year to the end of July.

According to the survey, over 30% of landlords planned on a more rural location for their next investment property and were attracted by features that would attract tenants as a result of the pandemic such as a garden, space for home working and more internal space.

The tax break, along with rising house prices, attractive yields and high demand from tenants, has resulted in this spike.

The survey also found that Scotland was the best for rental yields, with an average yield of 5.8% closely followed by the North West at 5.5%.

A fall in supply

While the value of the buy-to-let sector increase, there was a marked decrease in available rental properties as landlords exited the market. The number of private rented properties fell by 2.6% in the year from March 2020. Figures from the National Residential Landlords Association show that the number of landlords planning to purchase a property fell from 19% in this year’s Q1 to 14% in Q2. By contrast, the number of those selling up was 20% higher.

Two thirds of landlords surveyed were confident about the market in the coming year.