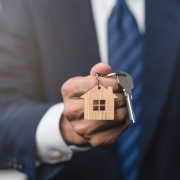 According to the latest data from Direct Line, 60% of landlords have used the LBTT (stamp duty) holiday to expand their property portfolio.

The research carried out by Direct Line shows that figure this rises to 79% among commercial landlords. Among landlords with several properties, 43% invested in properties outside major cities, with 82% of landlords who have done this saying they expect a large number of renters to move out of city centres following the pandemic given the increase in those who have and will continue to work from home.

Half of all landlords believe the stamp duty holiday introduced last July until March 31st has kept the property market afloat while 43% have stated that it has prompted them to bring forward their plans of expanding their property portfolios.

Although the tax holiday is due to end on March 31st there have been reports in the last week that the chancellor could prolong the tax break in the upcoming budget, and this could prompt Scotland to follow suit. At present it isn’t clear if this three-month extension would apply to all purchases or those that have already been agreed. According to the Direct Line survey, 45% of landlords fear that the end of the tax holiday will adversely affect the value of their property portfolio.

That’s why 30% of landlords have stated that they are prepared to cut corners in order to complete their purchase before March 31st including forfeiting thorough property survey which could delay the purchase. Almost 75% of multi-property landlords will pull out of transactions if the purchase doesn’t complete before the stamp duty deadline in March.